We had dentist appointments today, the kids and I.

The last time we went, about 6 months ago, it was a wonderful experience. Instead of laughing and carrying on, they were pleasantly well-behaved, minus some joking, which came out of That Kid’s mouth. He seems unable to see the imaginary line that borders socially appropriate interaction and steps over it on a regular basis.

Before, instead of being a nuisance, the kids were loved on by office staff, who seemed to be milling about in greater abundance. The staff walked them trough the halls, assisted in choosing prizes, and even went as far as to paint the girl’s nails after their cleanings. Today, however, the kids were always underfoot and in the way. There was too many of us in too tight a space, and it didn’t help that the kids kept trying to throw balls and tip each others chairs over for sport.

And as I was decompressing this afternoon, attempting to shake away the stress from the morning, I realized one of the reasons that I hate appointments so much. They seem like a hassle and an inconvenience, because I either have to find someone to watch the kids in the middle of a workday, or I have to drag their ornery butts along with me. The latter is definitely worse.

But even more then that, and with the dentist in particular, I find that I often leave feeling like a failure.

My teeth were okay this time, minus the cavities I neglected to fill after the last appointment, and I even got a “teeth look good, mom!” I had six months to get those cavities filled, and I guess that wasn’t quite enough time. My daughter has ones that need filled, too.

And then there’s That Kid. His mouth is always the worst, which, sadly, is no surprise. It’s part of the whole persona he has going on. Pretty much every time, he needs a new cavity filled, and today, they mentioned baby root canals and temporary crowns. Like somehow we are made of money and have extra just lying around to shove in his mouth. For baby teeth.

Hours later, it’s not only my gums that are still throbbing from the aggressive flossing but my bruised ego, as well.

My siblings and I never had cavities growing up, and my son has had close to 10. His sister isn’t far behind. Inside my anxious mind, things like cavities can become a method by which I measure my effectiveness in motherhood.

Maybe I should’ve helped him brush more, I think.

Maybe I should’ve at least watched him each night.

Maybe I should’ve just done it myself (which sounds torturous, by the way).

Maybe then this appointment would’ve been better.

And I wouldn’t feel so crappy now.

Cavities are decay, and they will eventually bring death if left untreated. But death in the mouth is contained there, and it needn’t permeate the entirety of motherhood. It needn’t define it.

I’m going to try to remember that today, especially while I make the damn appointment to get those cavities filled. 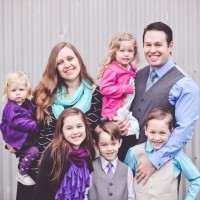 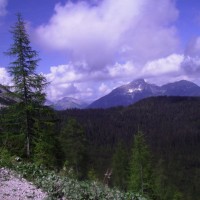